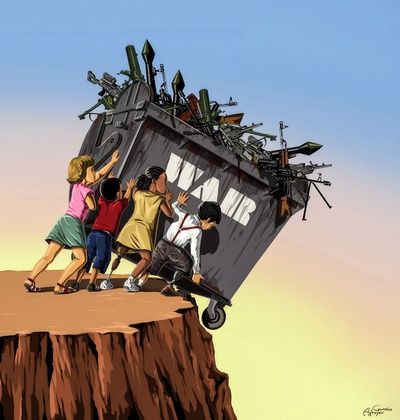 This is the review of the Stop the War STW token.

The stw antiwar crypto token is a bsc project/dapp. The goal of this cryptocurrency is to rise the antiwar sentiment world wide. Its creator/dev tries to contribute his grain of sand in the fight for a durable world peace, but also realizes its own limits and insignificance. One of the few features of the STW token is that holders are able to record their peace message on the bsc blockchain, and it can never be erased. This sounds fancy but how useful is it? Well, as you would imagine, a very limited usefulness. It is just a symbol. Buy the token then post a message. It costs only few cents. But this symbol is important because it represents a part of the crypto community, it is a voice.

The messages are spread

The creator claims to have social media bots(automatized programs) that spread those stored peace messages on social medias(meta, youtube, twitter, reddit, telegram), targeting mainly world leaders and famous people. Targeting world leaders because they are those who take the important decisions and they are those who ultimately can stop a war or avoid a war.. Targeting famous people because they can easily spread peace messages if they wished so. They would be heard inmediatly by their big communities of followers. By doing so they would also influence world leaders.

The War Between Russia , Ukraine and the the tnesions with NATO could escalate us to world war 3

The stw founder/dev realizes that the root of the problem is a wrong mentality by world powers that must be changed shall we want to leave in a peaceful planet.

Currently a maximum importance is given to geopolitic strategies / profit seeking that aim to preserve the power of countries and their long term survival above all. This mentality will inevitable lead to wars and destruction. It must be changed somehow. Peace must be something sacred.

Solutions tho the war

If you investigate further into the stwtoken.com socials there is also a thread about submitting proposals solutions to the war, from the reddit and facebok pages of the stw token.

Is there a solution to world wars? Is there a good solution to the war in Ukraine? According to the stw token creator the best is to adopt the dao/tao philosophy as a core principle that governs our lives. Make sure you read the book “Tao Te Ching”, at least 10 tiems. By appling the dao we would have the possibility to have a prolonged periods of peace, due to its non war nature.

Well it could be or not, its up to the conscience of its creator as he is the main holder of almost all available tokens.

He claimed that he does not want to spend money for marketing expenses in order for the stw token to gain popularity, because involving my self economically into the project “would make me want the war to continue” he said. “It must grow naturally, not paying influencers for that.

We at wherebuydogecoin.com liked the stw token anti war idea so we decided to write a review and post an add banner for free. Say no to all wars!